Do it in a teepee!

Saturday night I got a message from my friend Molly in Santa Fe. We had originally routed our trip through there in order to visit her, but then I realized we’d be hitting her place around Thanksgiving, and she said they’d be out of town for the holiday. So we came up with a back-up plan to go south and pitch a tent on some BLM land outside Las Cruces. Her message last night read: “We’ll be here!” she said, “Come visit!”

I called her first thing Sunday morning and we made a plan. The trip to Sante Fe is only about two hours out of our way – and the scheme of things, what’s two hours to visit an old friend? But it was too far for us to go in a day (we’re getting old, you know, and a nine-hour car ride is hard on backs and seats and spirits). Fortunately, my folks who are seasoned motorhomers.

“What’s halfway between here and Santa Fe?” I quizzed them.

I looked at the map and found the National Petrified Forest, but there was no camping in the park.

“If I remember correctly, those old teepees are up around there,” said my dad, half-joking.

I gave Greg a look that said: we have to sleep in a teepee! And the next thing I knew, he’d booked it.

Somewhere along the climb into the Arizona highlands, we noticed there was snow and stopped to take a picture at around 6000 feet. A short drive later, just as the sun was setting, we arrived in Holbrook, where Chester Lewis decided to build the 7th wigwam hotel in the U.S. back in 1950.

“Famous people and celebrities stay there,” my mom had said.

I looked at the pictures of bedspreads that looked like they hadn’t been changed since 1945 and was skeptical. But it’s too late now. We paid the $62 (including tax) and we are sleeping in a teepee tonight.

“I want a full report,” said my mother.

“The edited version,” Greg said under his breath. “We went into the tee-pee; we came out.”

“What’s that?” my mom said, and I decided to repeat it and she cracked up. 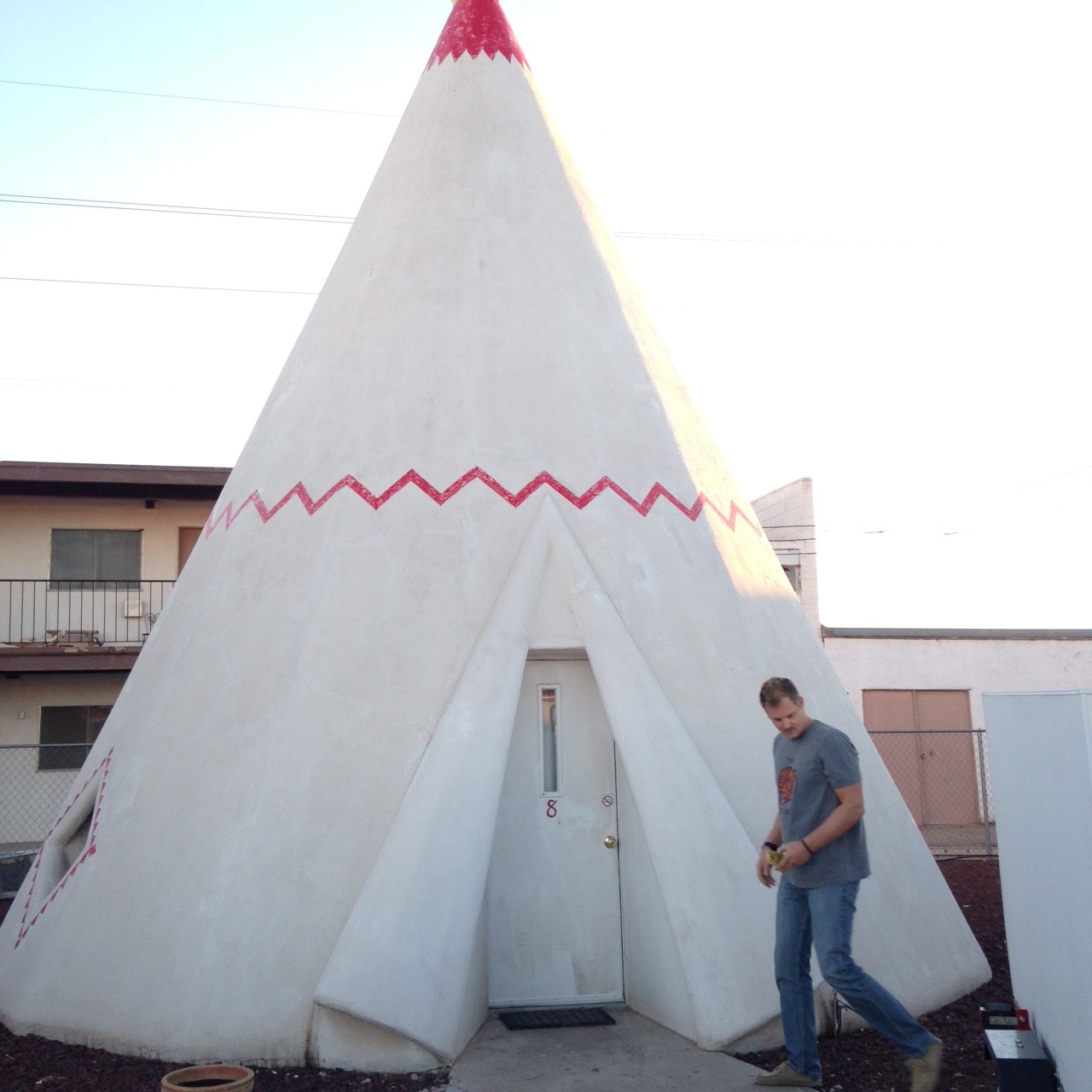