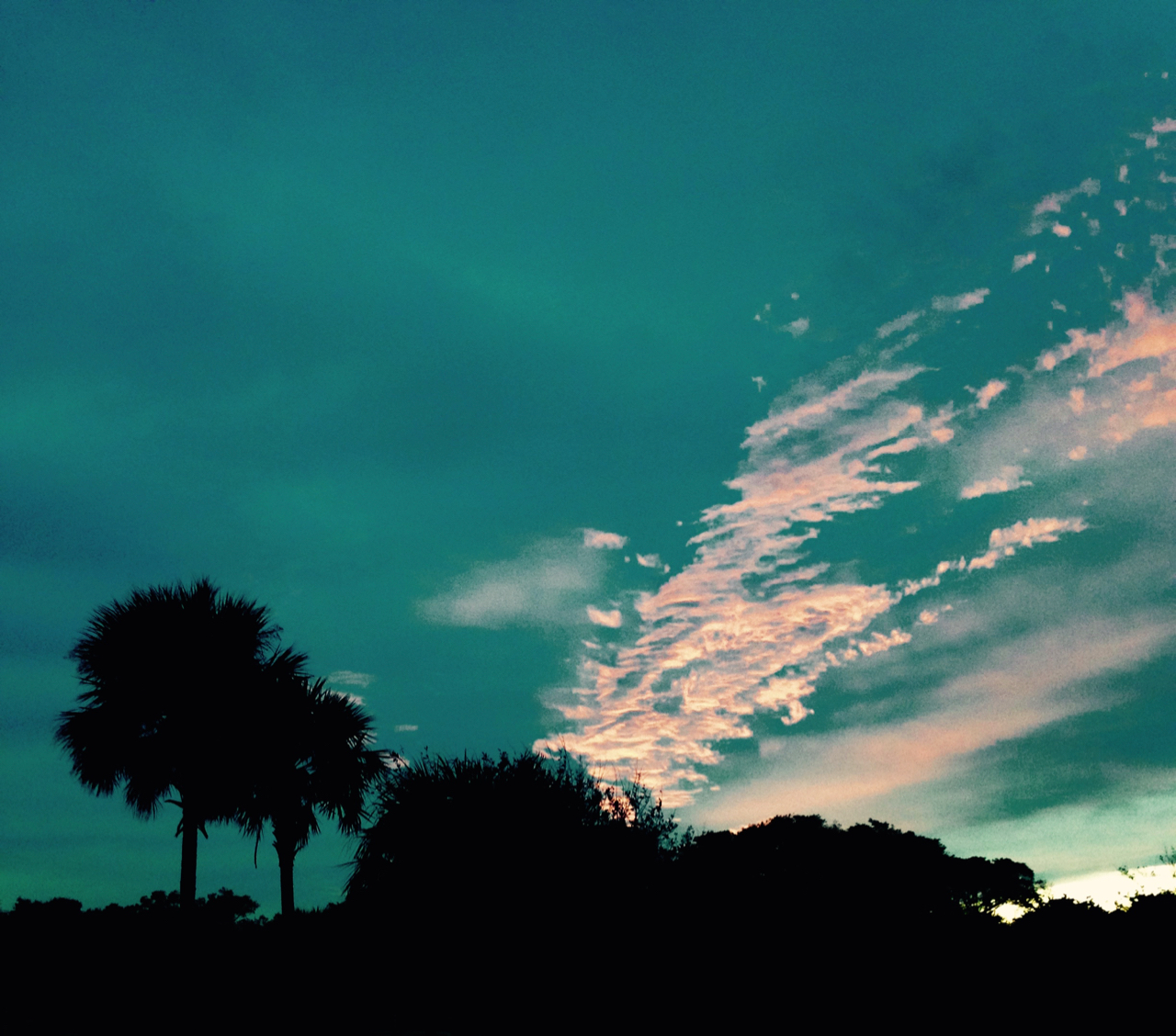 The day we left Nassau my computer suffered “an electrical event” – at least, that’s what the guy at the Apple store said. “You mean like in Stranger Things?” I asked him, assuming that an uber geek like him would also picture the flashing multi-colored Christmas lights from the Netflix hit series. He was not amused. In trying to diagnose the problem Greg had taken the back of the machine off and when I told this to the genius he raised a stern eyebrow as if contemplating my punishment.

In Nassau we’d filled up on diesel, gas for the outboard, propane for the grill, alcohol fuel for the stove and water. We restocked our larder and, just before we left, we plugged into shore power and charged up all our devices. Then, in Flight Plan’s contrails, we motored over to Rose Island, a lanky chunk of limestone a few miles away where the snorkeling promised to be good and where we could wait at a calm anchorage until a weather window opened up to head north and east.

That evening I sat down to catch up on a few days of blogging, but when I opened up my mac I got only a black screen. I put my ear to the keyboard like a medic hoping to feel air from the mouth of a CPR patient. I tried all the tricks I knew. Then I googled several keystrokes for reviving dead macs and tried those, too. But I knew the way the doctors on TV know that no matter what I did it was not coming back to life. It even felt dead in my hands.

This was not the first time I’ve been out sailing and suffered the loss of my computer – which as a writer feels like suffering the loss of your hands. In the Galapagos I’d fallen between the dinghy and the boat with my backpack on, and lost everything, so this time I was prepared. I’d purchased a special waterproof laptop case to put INSIDE my waterproof bag. However on that day when we left Nassau I’d stashed my computer under my pillow in my bunk instead of putting it in the case. Could water have come in somehow? We had hit the seas head-on… maybe it had come through the anchor locker and trickled down? But the bunk was not wet. That’s when Greg took the back of the computer off, looking for signs of salt or water, but he found none.

Over cocktails that evening on Flight Plan Vince offered me the use of his laptop. “Really,” he said, “I’m not using it.” This was the third time Vince had offered us something we lacked. First it was coffee at the anchorage when we met (I had under-provisioned by one pot!). When we couldn’t find a replacement filter for our faucet on Nassau, Vince pulled a Britta pitcher out of his bilge. “Really! I’m not using it!” came the refrain. But the offer of his laptop felt too generous. (We hardly knew the guy!) So back at the boat Greg set me up on his $80 Wal-Mart tablet. A  first I was hopeful but then the curser jumped around. Text disappeared. I had work that week from two clients and everything I did took twice as long as usual. I was going nuts. I tried pen and paper, briefly, but it was like going back to a tricycle after learning to ride a bike.

The day before we left Nassau I convinced Greg to dilly-dally our way out of the Bahamas, instead of rushing home. Now I wanted to get back as soon as possible.

But the thing about boats that landlubbers are probably unaware of is that everything takes more time. On land, you don’t have to think about where your water comes from, while we to think about constantly. We can only carry max 67 gallons (that’s counting the extra blue plastic tanks we keep on deck, which you might have seen in the pictures). We have to stop somewhere to refill every week or so. Do you know how many gallons you go through in a week? We do. We use about 30-35 a week.

In a house or apartment, civilized plumbing has made relieving oneself a seamless act, too. All ya gotta do is sit down, do your business and then press flush. On our boat, before you can use the toilet you have to open two valves – one that lets the contents go out and one that lets seawater in for flushing. When you’re finished you expunge the contents, which takes about a minute of hand-pumping – one set of 4-5 hand pumps to flush the bowl dry, another set of 4-5 pumps to flush sea water into the bowl; and another set of pumps until the bowl is clean and dry. Then you must lean over and close the valves again – during which, because the bathroom (aka., “head” on a boat) is so small, I usually manage to knock the door open with my arse. #2 requires a different set of valve openings and closings since we keep that nasty business in a holding tank until we’re at least three miles offshore.

We generate trash at sea just like we do on land – plastic bags, tin cans, eggshells, paper towels, etc., but our “trash can” is a cupboard containing about 18 cubic inches – the size of the trash cans in most people’s bathrooms. Even with all my recycling efforts, it adds up quickly and there’s not always a convenient place to dispose of it. On this last trip we had to start storing it in a bag in the cockpit.

The other daily task that you don’t think about at home but which has become the bane of my existence is refrigeration. Getting ice to keep our meat, cheese and milk continuously cool has not only been challenging at times, it’s been far more costly than either of us imagined. Yesterday we paid $6 for a 10 lb. bag – and it takes four bags to cool the icebox properly. Our ice costs are already almost equal to the cost of a cooling plate to transform our icebox into a fridge. This was a renovation we considered before leaving Florida, but heck, we thought, we’ll be back in a month. We could deal with it for a month… We are now in month #3.

As a writer keeping my computer charged is yet another demand on our resources. On land plugging into an outlet to charge up when my laptop battery is low is at most a mild annoyance. Out on the water there are only two ways to resolve it: either we fire up the engine in order to generate enough power to charge it (this takes about an hour), or we must get in the dinghy and find someplace on shore to sit and charge up. This could be a laundromat, yacht club lobby, coffee shop, bar… I once charged it in a bathroom while I brushed my teeth and showered.

Now I had to wonder: Could something have gone wrong at the Starbucks? Or maybe there was a problem with the sine waves on our shore power converter? Or did the boat perhaps get waked by stray electrical current in the ocean that my computer became the recipient of? Another sailor had warned us back in Great Harbour that we should keep our devices in a Faraday Cage because of EMPs (there are a lot of survivalists out here on the water). And it just so happens that I’m reading a book on lightning strikes, but nothing on the boat or on the computer pointed in that direction. There had been no storm, and there was no exit wound. All our other electronics were working fine.

Had I been stateside, I would have dropped everything and headed for the nearest repair guy or Apple store. I would have been prepared to buy a new computer the next day if need be. But here we were, two hours from anywhere, and with no way to get a replacement computer if I needed one.

We spent almost four days at Rose Island, snorkeling and reading books. Greg caught lobster. We cleaned the boat and relished being alone after a month of being in tight quarters with another couple. Then we followed Flight Plan again, up to Spanish Wells and over to the Abacos. The sailing was splendid – the kind I wish we could have shared with Chris and Gabe. We hit top speeds, but all with calm seas and the wind at our beam. It was invigorating.

Halfway across the Abacos, I made a decision. Once we got to Marsh Harbor I would fly to Florida and back, and solve my problem. I wanted more days like this. It didn’t make sense to rush back to Florida in order to work, when I could work here. Even if it cost $400 for a ticket, it seemed absolutely worth it.

So if you’re wondering what the hell happened to us? Why did we drop off the map for most of February? Well, that’s the long answer.

The short answer? We’ve been sailing!