How to Cook [the best] Turkey 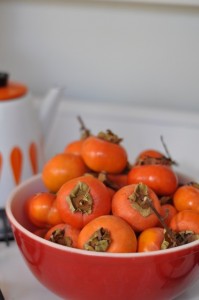 On Christmas Eve I got an email from my friend Anders in Sweden asking me for a turkey recipe. Wow, I thought to myself, that’s cutting it close.

The clan I infiltrated this Christmas had planned on serving ham, but at the last minute decided that Christmas wouldn’t be the same without a bird. So, only hours after I received that email, I found myself at the supermarket buying a turkey.

Fruit-flavor it and cover it in fat
Of course, I knew what recipe I would use. I have only ever made one turkey, but it came off so perfectly that I can’t imagine doing it any other way. This was several years ago, when I was catering an anniversary party for 35 people at a friend’s house. My friend’s father is into prunes. He has actually done research for NASA on their life-prolonging qualities (so, yes, you should eat your prunes).

I made a prune puree and rubbed the bird in it. Then I wrapped the lathered bird in bacon and put it on the grill. Not only did it require much less cooking time than with an oven, the bacon sealed in the juices and the prunes pickled the meat making the meat moist and sweet.

This Christmas we had a wealth of persimmons from my friend’s parents’ orchard. So I chopped persimmons and simmered them with white wine and sugar, salt and pepper. After the wine had reduced and the persimmons were tender, I put the mixture in the blender. I lathered the bird, covered him in a blanket of bacon, stuffed him with onions and put him on the grill.

The next day I got an email from Anders: his bird had turned out perfectly, too.

Simmer on medium-high heat until the wine has reduced and there is a sugar syrup in the pot. If persimmons are not soft, add more wine or water and reduce the liquid again. When persimmons are soft, cool the mixture and process in a blender. Lather bird under its skin and on top. It is especially important to lather the top of the bird so that the bacon sticks.