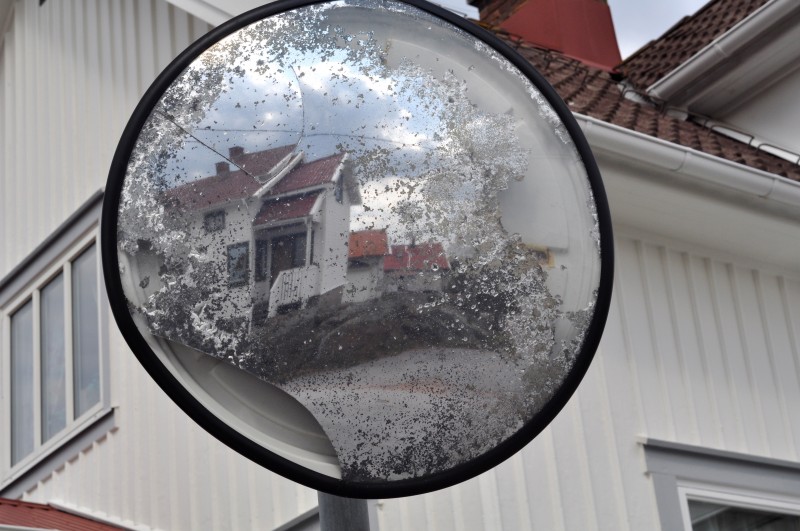 Taking our sad leave of Villa Sjötorp, we made a short drive south over several bridges and on and off islands to Klädesholmen. As we drove over the bridge into this picturesque little world, we noticed a sign that read, “Here Live We Who Packed the Herring.” I couldn’t help but recall the herring merchant who’s betrothed to Diane Keaton’s character in Woody Allen’s movie, Love and Death who, as he lays dying, dreams of going out to sea “like the great wild herring.”

The morning activity? You guessed it. We were there to pickle herring at Salt & Sill, Sweden’s first and only floating hotel and home to the world’s fastest sauna. (Why speed is of importance while sauna-ing at sea, I’ll never know, but it did look like fun.)

As we arrived a bit early, we took advantage of the sunny day to walk around the island with its red-roofed houses, wedged in along the rocky coast as if bracing themselves against the sea. It looked like the perfect summer getaway and Amy and I imagined renting a little house there for a week, fishing in the ocean and sunbathing on the rocks.

All About Salt & Sill (Salt and Herring)
One of the things that impressed us about the hotel on the whole was the attention to detail and design: the floating rooms with their straight lines and the way the dining room windows framed the island surroundings; their house-made goodies, bagged with stylish labels; different sugars at the coffee station were set out in little glass jars with the spoons hung in the clip. Even the lobby restrooms were ultra-designed and had plants in the windows. 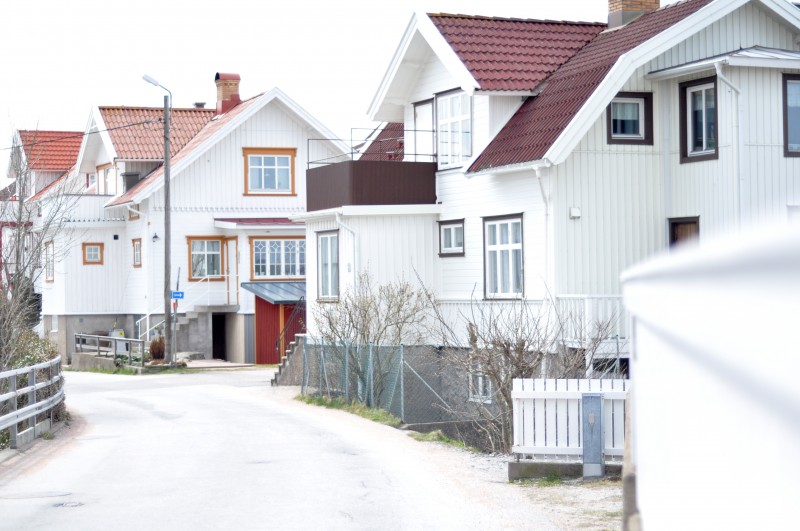 Chef Jonas Espefors met us and led us into the kitchen classroom. Amy gave me a suspicious grin and pointed toward the center of the giant island countertop where there was a bottle of Laphroig whiskey.

The fine fisherman of Klädesholmen have been commercially canning herring here for over 100 years and the island is mentioned as “an old fishing village” in a document from 1594. In the 1980s, increasing competition and declining yields caused four of the island’s canneries to bind together under the brand name of Klädesholmen. Sweden remains the world’s largest exporter of herring; China alone imports two hundred million units of herring every year from here.

With a little history, we also got an introduction into herring processing. Jonas explained how the herring is immediately salted after being caught, so that most pickled herring has already gone through a salination and then a flushing process. He told us how the Norwegian herring palate differs slightly from Swedes: they like more vinegar; Swedes like it sweet. 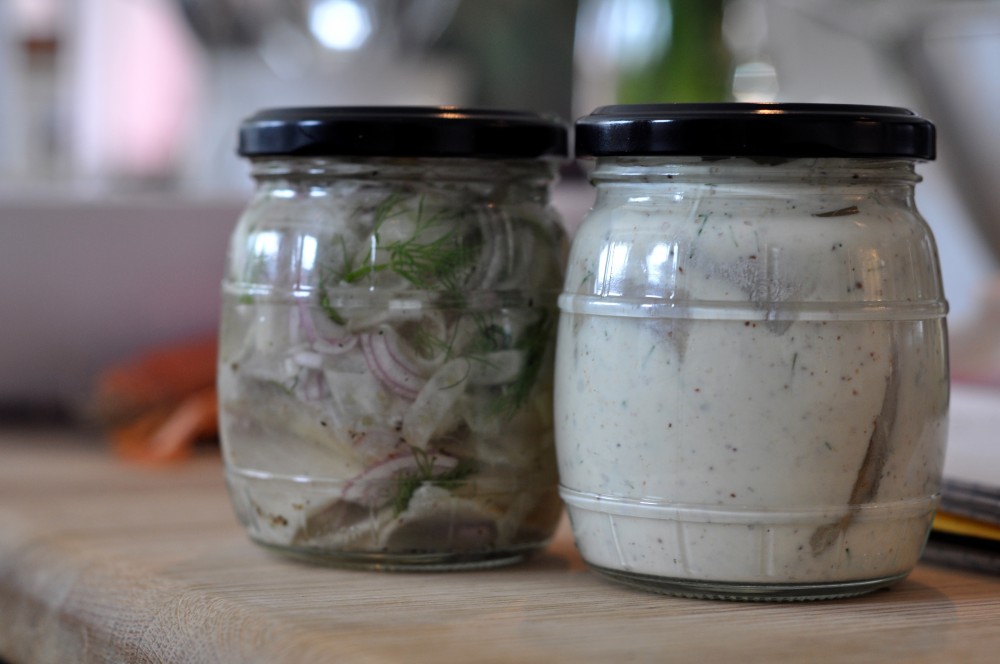 Whereas salt herring has a salt content of 20% and has to be soaked in water before consumption, this is not the case with ‘soused’ herring (called matjessill, which actually means ‘Dutch herring’). Jonas gave us a taste of matjessill at two different ages – one that was made two months ago and one that had been marinating  for a year. Aging removes the harshness of the flavors and harmonizes them. The consistency also changed, making the aged herring much softer. Jonas told us a story of a local man who recently came across a jar of 10-year-old soused herring in his pantry. “He ate it and enjoyed it so much that he came to the cannery and asked if they had any more of it sitting around. I’m actually thinking about buying up a bunch of it,” Jonas told us half-jokingly. “As an investment. Like wine.”

A herring recipe for (almost) everyone
The owners of the Klädesholmen cannery make many varieties of herring each year, including Matjessill, onion herring, mustard herring, herring with dill, herring with red wine, herring with mayonnaise. You name it. Each year they also make a special recipe, which is selected through competition. In 2011, it was Leek and Cracked Pepper. This year it’s Cranberry and Lemon Thyme. We got to try our hand at two different recipes, a more traditional version with mayonnaise, fennel, dill and roe; and one of Jonas’s own invention with liquid smoke and the Laphroaig whiskey we’d been eyeing.

If herring is your thing, you might want to come here at Christmastime, when Salt & Sill offers 40 kinds of herring on their julbod or, “Christmas table” – along with a schnapps pairing for those so inclined.

I hate to say it, but unlike my earth-shattering discovery of a love of crayfish, even Laphroaig and liquid smoke could not convince me to fall for herring. But that’s not to say I’m going to stop trying because, when in Rome…

WHAT TO TAKE HOME WITH YOU
If you don’t find yourself immediately gobbling up your newly made herring with some crispbread on a nearby piece of rocky coast, grab a jar to take home with you – or bring to a friend.