The Future is Foggy 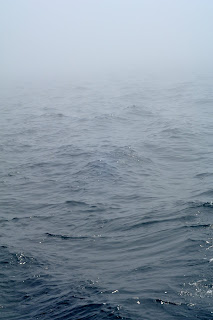 Long day, of fog and sunshine. Something about the closed-in-ness of it made it good for contemplation. I’ve been thinking a lot about my future. For as much as I talk about each crew member’s departure, my own is less than two months away. Suddenly I’ll be turned loose on the world… what will I do with myself?

Yesterday I received an invitation to my high school’s 20th reunion. It just so happens to be a week after my contract ends. I’ll be fresh off the boat. I hated high school. I never felt like I fit in. Would I actually enjoy it any more today?

I was reminded yesterday when we met the father of the girl who works on a boat out west that my friend Marc had told me they were advertising for a cook. Maybe I’ll throw the hook out just in case. That job was the one I wanted after getting kicked off the Neverland, but the timing wasn’t right. The boat has its base outside L.A., so I could have a land life and a sea life… Though I will miss this exploration and adventure, I’m really ready to nest somewhere, take my things out of storage and sleep in a real bed now and then. 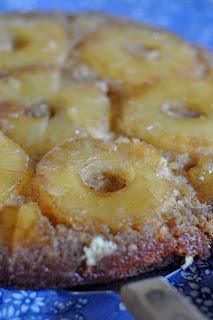 Thinking of the future also reminded me that I had been planning to apply for Top Chef, and make a video application involving the boat. I better get with the program if I’m going to do that.

So much to think about, and so hard to really act on anything when we’re not only way off the grid, but when I’m working all day long just to get the food on the table.

But it’s so worth it. Today was a good day as meals go. “You’re the bomb,” said Buttons after dinner, reminding me why I do this. I do it for them. For my young foodies. After she turned in, I heard Buttons telling the other crew members in the foc’s’le that there was nothing left of the gnocchi – that they had used the bread to sop up the oil in the pan. “Not even the bread?” asked Straus’s astonished voice. I hollered down, “There are two slices of bread left!” “That’s the great thing about C watch,” I heard Neb saying, referring, I assume, to the fact that they get to clean up – both literally in the sense of washing all the dishes and cleaning the surfaces, but also in terms of finishing off the food.

Hot marinated cauliflower macaroni out of the Enchanted Broccoli Forrest (thanks to Harrison’s mom!)
Parker House rolls
Dinner
Gnocchi with italian sausage that I sauteed with fennel seeds, broccoli, red bell pepper and peas*
Bread in a pot (Tried something new this time and omitted the towel method, to totally great result)
Tossed salad
Apple-cranberry juice mixed with tonic and a splash of pineapple juice from the can I opened to make dessert
Dessert
Pineapple upside down case
Midrash
I don’t usually make a dessert during transit, at least not one that’s so sweet and that disappears in a flash… the idea is to make something that’s still around by the 4-8 am shift in the morning. So when I noticed that there were only two slices of cake left, I made Chocolate-oatmeal muffins.

*The gnocchi was the real star of the day. I took Italian sausage and sauteed it with fennel seed and set it aside. Then I cooked garlic, broccoli, red pepper and peas in olive oil with salt. I cooked the gnocchi and added it to the cast iron skillet with the veggies just long enough to toss it in the oil and give some pieces a light caramelization. I put Eve’s portion aside and then added the sausage and stirred it. It reminded me of something Franny’s would serve. Simple but delicious.

I also “dry-grilled” onions in the cast iron skillet ahead of time, because I thought the dish needed onions and Cap doesn’t like them. After charring them, I tossed them with salt and pepper and olive oil and balsamic vinegar and set them aside.