My Life is an Open Book Missing Pages 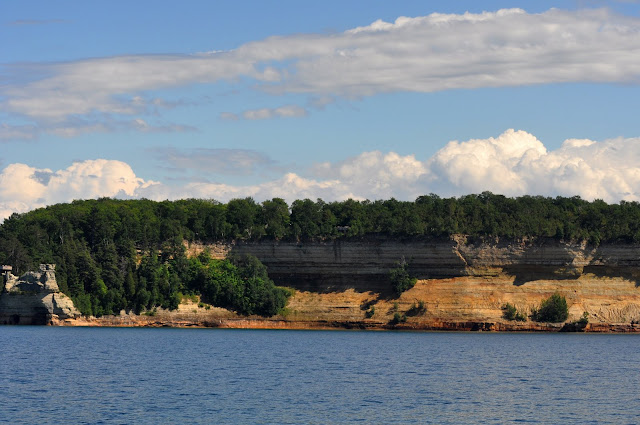 We left Marquette for Frankfort late this morning and have spent most of the day motoring along the shore of Northern Michigan. I was in the Upper Peninsula once, years ago, on a backpacking trip with my friend Jill. We hiked through the Porcupine Mountains – a trail that’s actually on our chart. It was lovely. But we never made it to a place called Pictured Rocks National Lakeshore. Well, today I saw it from the best possible view. Okay, maybe from a kayak would be even better. But it was cool.

We have two passengers on this trip, P1 is a guy and P2 is a gal. They aren’t a couple. So far they are both seem really cool. P1 is actually staying with us as a volunteer all the way to Chicago… so maybe I should give him a name. I’ll have to think on it.

This morning Strauss woke me up at 7:25 for a 7:30 breakfast. Thank goodness he is an early riser and doesn’t drink! I had forgotten to set my alarm last night and drank way too many Manhattans. (The crew each has a version of my antics.) 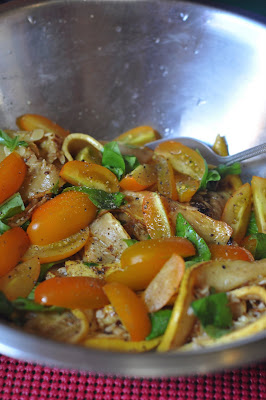 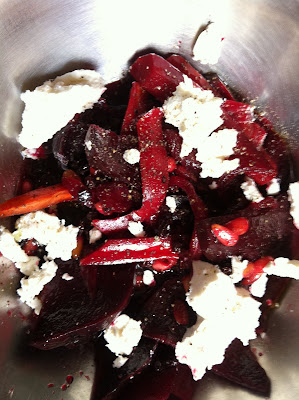 Cocco for Coconut
Not only was I unprepared for breakfast, I never made a meal plan for the week, so today I was just winging it. As dinner loomed ever nearer and I still felt hungover and unable to decide what to cook, I asked Cap.

“Coconut chicken,” she said. And I made it. Word on the street is, she took seconds. 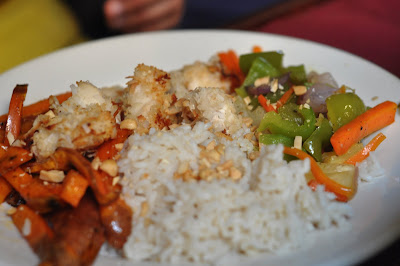 Unbloggable
I burnt myself as I was pulling dinner out of the oven. I touched the heating element on the convection oven when it was around 450 degrees. I’ve burnt myself a number of times on this job, many times on the open oven door and on the chimney for the diesel stove. This time it’s a little burn, but it’s charred. I was thinking about it and realized that I don’t talk about my wounds on the blog. I cut myself pretty badly early on and never mentioned it. That made me think about how my brain sorts out blog-worthy material from the dregs. What can I not talk about?

After dinner I told P1 and Eve and Buttons one of my most mortifying moments. I laughed so hard I was crying. Buttons said her gut hurt. I wondered if I should have divulged it to a complete stranger (P1), but it seemed appropriate. Buttons had just admitted to cleaning the toilet bowls with her bare hands until she realized we had gloves (!). Well, I’ve just outed Buttons, but there’s no way in hell I’m going to retell my most mortifying moment.

Yesterday I broke my camera. I got to go sailing on the sweetest little schooner that does mostly daysails in Marquette. It was so much fun to be on a small boat again. I helped raise sails, sheet in after a tack, and then lower and flake them. But on one of the tacks my camera, unsecured, flew from one side of the cockpit to the other, and the LCD screen stopped working. It’s strange to take pictures and not be able to see them. And I can’t take video at all. I would’ve had my little backup camera, but I loaned it to Rigby and he took it with him when he left. I don’t know how I’m going to make that film for the chef show audition now.

Buttons said today that she’s in touch with Rigby and that he’s already hightailed it out of Ohio and is on a fishing boat in Alaska. I kinda knew that Ohio gas station attendant job was going to drive him crazy. I played the album this morning that he really liked by an artist called Lissie, and sent happy thoughts his way. Wherever you are, Rigby, if you’re reading this, know that we miss you. Neb especially. 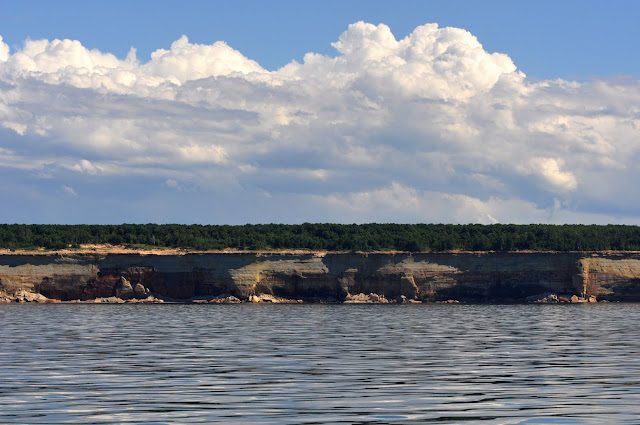