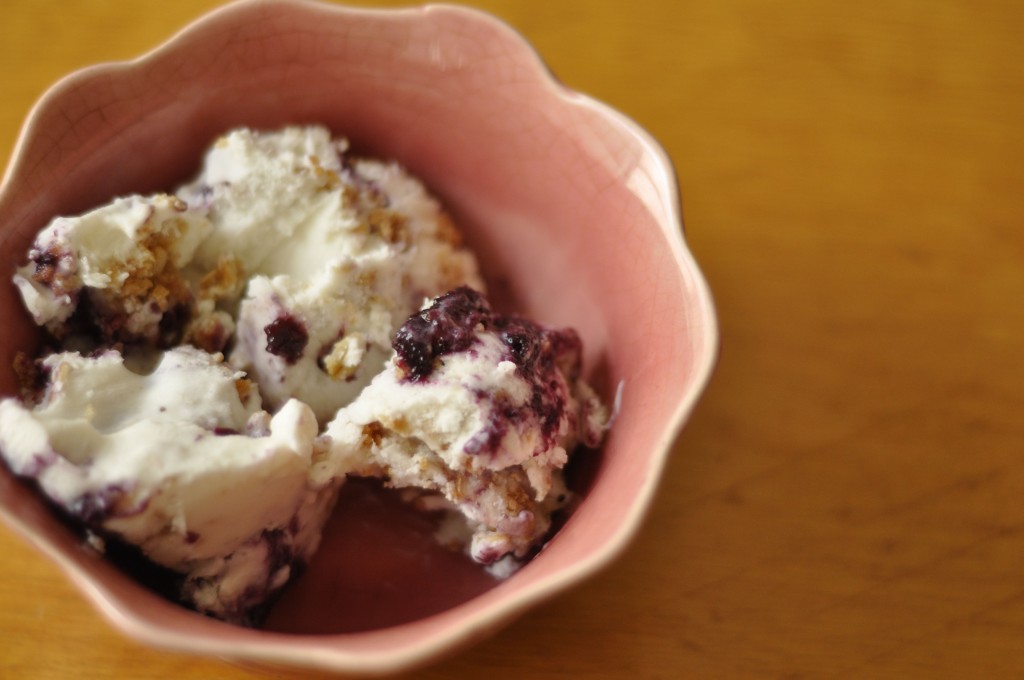 A few weeks ago a friend of mine suggested I try story production for reality TV. I had no idea what she was talking about, but it sounded interesting.

“So do the story production people come up with challenges and stuff?” I asked her.

In lieu of an answer she hooked me up with several people in the business so I could ask questions and try to get a grip on this amorphous profession which seems to have replaced the role of a writer in non-scripted television.

Over the course of our conversations, my friend, who had been working as a video editor on a documentary, told me that the people at the production company were interested in food shows.

By the end of the week I had wiggled my way into a meeting with that same production company’s development guy. I had worked up two ideas and I tried my hand at pitching them. I brought ice cream. I figured, if my ideas weren’t interesting enough, at least the ice cream would leave a lasting positive impression.

On the way into the building it occurred to me that I looked rather like a character out of The Sopranos, walking into the studio with a cooler just big enough for a severed head. In front of the elevators a man who claimed to be one of the studios’ owners asked me what was in the freezer bag, “Plutonium?”

“Ice cream,” I answered. As if hoping I’d share, he showed me the way to the production company’s offices.

A Fool to Believe
Earlier that day, Fed Ex knocked on my door. An agency I’ve started working with in Sweden sent me some research material for the writing I’m doing for them. Inside I found the three first issues of Fool, a new magazine that was started by a couple of Swedes with a passion for food, a brilliant aesthetic and a vision for a different kind of magazine than what’s out there.

I was still drunk on Fool when I showed up for my meeting. By the time I left the studio, it was like the hangover had kicked in. The production company’s development guy gave me good, straight-forward critiques. But the discussion left me thinking about the people who watch TV, the people who buy TV and the people who make it. It made me realize that what I want to watch isn’t being done and won’t be done – because it won’t sell to the majority of viewers.

It’s impossible to get one’s hands on the first two issues of Fool. When I posted a photo of my loot on Facebook, a chef friend immediately responded: Where did you get those? Like my debut issue of Lucky Peach (selling on Amazon for between $145-$300), it will likely become a prize possession.

Sure, these magazines have an audience of thousands, not millions. But knowing that quality work can be made – and that there are people out there, if only some thousands, who will appreciate it – makes me want to gather my own resources, forge my own network and produce my own shows. I mean, why the hell not?

We’ll see. I’m looking into it. But until this happens, I’ll keep pitching. And, just in case, I’ll keep bringing ice cream.

Jeni’s makes the best commercial ice cream I’ve ever eaten. At Whole Foods in L.A., a pint costs $12. So I recommend you get the cookbook for less than the cost of two pints. The recipes are simple (say good-bye to eggy custards) and the results exactly mimic what you’ll find in the store.

One of my favorite of Jeni’s flavors is Brambleberry Crisp. She uses a vanilla base, but I improvised one day and steeped the milk with star anise instead. It was a great discovery. Here’s the base recipe. Here is a recipe for the whole shebang with the streusel and the berry swirl.