How Well Do You Know Your Captain?

The boat started heaving to and fro just minutes after I put breakfast on the table. A squall had started up that was hitting us broadside and pushing us up against the pier. At Cap’s command the crew rushed on deck and started securing chafe gear – which entails laying thick cloth over the lines and then securing it with seine twine. One wave in particular knocked us hard. The Argo, which was docked in front of us but with an even less ideal placement, was nowhere in sight when I finished the breakfast dishes. But we waited it out, and within an hour or two, the lake had calmed.

After lunch Cap gave everyone two hours to go and explore the little town of Bayfield. I wasn’t feeling so swell, and instead slept through our short furlough.

Just before dinner we headed out again. This time we sailed off the dock with an audience to cheer us on, and bystanders helping us by throwing off our lines. It was pretty cool, not to use the motor. I wish I understood more about how Cap had thought it through, but I guess once I have my own little boat again I can play around.

You Are What You Eat
I have a feeling Cap is oblivious to how hard I work to serve food I think she’ll eat. Tonight I thought she might like pasta with sausage… she could pick out the cabbage. But she came in, took one look at the pasta with napa cabbage and sausage, and walked back up the companionway. A few minutes later I saw her coiling lines outside my galley window.
“Isn’t there anything I can make you?” I asked her.
“Not if it involves pasta,” she said.

I knew she didn’t eat bread. Or onions. Or bell peppers. Or cumin or coriander or cardamom. I am not sure, but I don’t think she likes eggplant, cabbage, or anything pickled. On rare occasions I have seen her pick at a few lettuce leaves, but she rarely eats salad. She doesn’t like Mexican food. Doesn’t like chili. She is pretty insistent that Thai food is a hoax because when she was in Thailand all she ever ate was fried rice.
But. She likes broccoli, and corn and peas. So sometimes I just take one of those things and cook it separately, plain, and put it on the table and she eats it. She also likes raw carrot sticks.
But pasta??!?! I had no clue that she didn’t like pasta. I could swear she’d eaten my bolognese before, but maybe she’d only ever eaten the sauce and I hadn’t noticed.

After four or five months with someone, you would think I would’ve picked up on all this. But I must say, I try not to watch her eat. I even try not to be in the salon when she comes down to dinner.

My mother is great cook, but my sisters and I didn’t always appreciate that fact growing up. The few times we came to dinner and said, “Ew,” or screwed up our noses, we were either punished or admonished by my father.

“Your mother worked hard to put this food on t he table,” he’d say. “You don’t have to eat it, but you have to try it, and you aren’t allowed to make noises or faces.”
I felt bad for my mom, but sometimes, I mean, meatloaf, really? With onions in it?

But now I know how she felt. 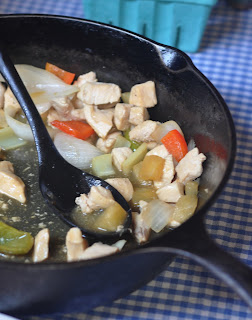 4 People reacted on this