Funnies are no Laughing Matter 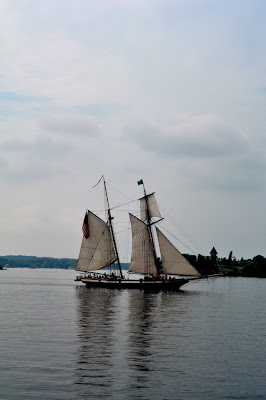 In the morning I ran almost a mile to the Clipper Inn, where two construction workers had promised me there would be a guy selling fish out of his truck between 9-10. But he wasn’t there. So I ran back, punched down the rising dough and then ran back again. Larry the fish guy knew exactly who I was. He’d seen the boat in Ogdensburg. He sold me a lobster tail, four sole fillets, two pounds of PEI mussels and some crab meat. I blew through $30 pretty quickly. Then I ran back to get lunch out.

It was another good day until the announcement came that we are now required to wear our “funnies,” regardless of the heat, and Smith pointed out at the bar later that I was not an exception. I was told when I started this job that I would not have to dress in costume. I see Mamma Smith’s point about the costumes possibly increasing the likelihood of someone retaining historical information or being interested in it. But I don’t think that justifies wearing ridiculously constrictive clothing in hot weather. The crew are for instance now required to wear neckerchiefs… I ask you, WOULD YOU WANT TO WEAR A NECKERCHIEF WHILE RUNNING AROUND IN THE HEAT PULLING ON HEAVY LINES???? Actually, would you ever want to wear a neckerchief? I can’t stand having constrictive stuff around my neck.

Would you want to wear a long-sleeved shirt while slaving over a diesel stove in a galley with a temperature of around 90 degrees? 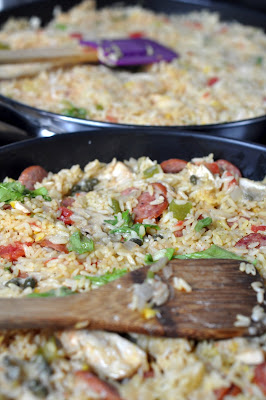 It’s unreasonable and just plain cruel, I think. If you have to dress people in period costume, redesign it to look like period dress but with contemporary lightweight fabrics so your employees don’t die of heatstroke and exhaustion. And skip the bloody neckerchief – do you really think that was a required accessory in 1812?

Aside from this unfortunate news, it was another great day. The mayor offered to take me out for breakfast and provisioning on Monday. We got more free food from guests on our sail. And everyone was in high spirits. After the sails were all stowed, and the crew had helped polish off the remaining paella, we all sat down (minus Captain Dashing) to a game of Bananagrams, while Buttons played the ukulele. Strauss came up with a version in which we could only use nautical words. You should’ve seen some of the linguistic contortions our sailors used in their attempts to win the game. 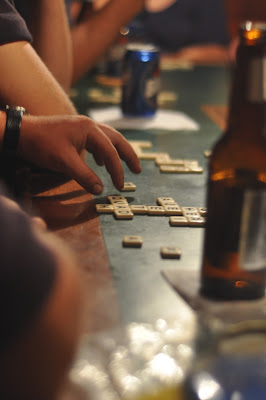 The Pirate Game
Today I had a little girl asking tons of cute questions. She wanted to know about the “well” I have beside the stove, which is a dry sink where I keep olive oil, vinegars, etc., so they are less likely to topple when heeled over. She asked about the hammock where I keep tomatoes and jalepenos and such. And she kept asking about the pirates: What do you cook for the pirates? Where do the pirates eat? I kept correcting her, saying that we were the good guys, and that pirates would take our money and jewlery. “Where do you keep your money?” she asked. “Why, are you a pirate?” I asked her.

One thing is certain, she knew I was not a pirate. She knew exactly what my role on the boat was. And I had just come back from my run. I was dressed in a pink microfiber top and black running pants.