It’s been a long time since I’ve left the continent. This is unusual for me. Back when I was working in Sweden, I’d fly regularly to continental Europe, to the U.S., to Asia. When I lived in New York, I’d go back to Sweden.

My father, who was a pilot for Northwest Airlines for many years, once told me a story about a family that boarded in the Philippines with a lot of luggage. Because the plane was parked out on the tarmac, they had to haul their bags up one of those steep portable staircases. At the time of this story, there had been an issue with the flight attendants not being compensated for injuries related to helping people with their bags. So no one lifted a finger as this family hauled one particularly large, heavy bag, step by gruesome step up the stairs. Once inside the plane, a passenger offered to help get the bag into the overhead compartment. Heave-ho and up it went, but when the door wouldn’t shut and the passenger used his hand to ram the bag into the compartment, the bag let out a loud shriek.

The family was trying to get granny a free ride.

Right now, I am just that desperate. I am sizing up the bags of friends who are leaving the country. 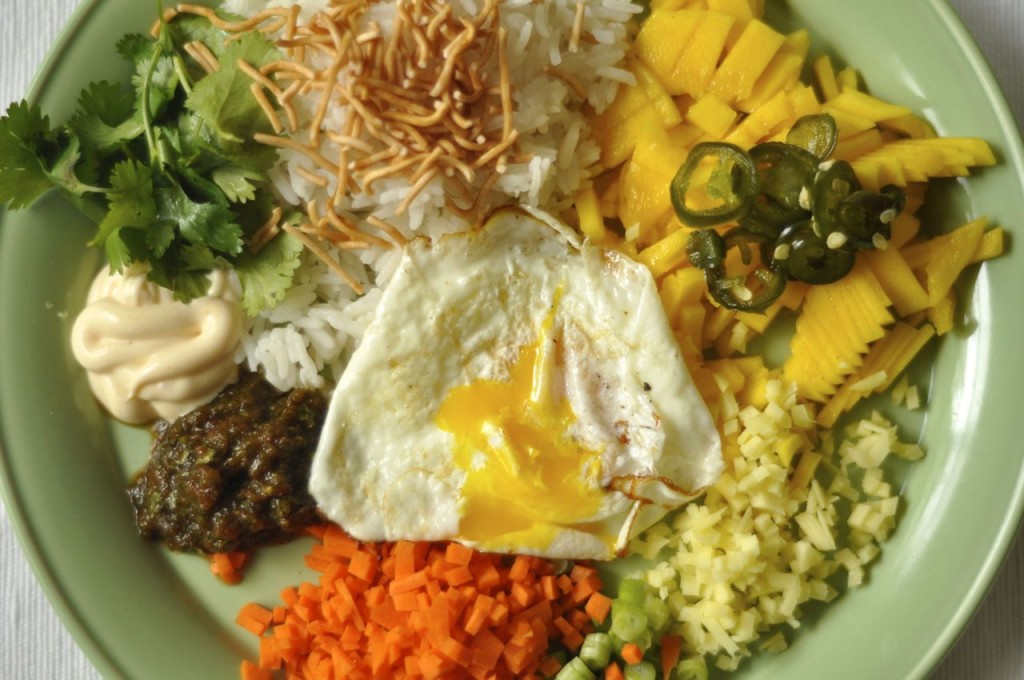 Eating at night
One night last week, Chef called and said, “You have to try this place. It’s called Night + Market. We’re going.” And off we drove to Hollywood, to a place beloved by Jonathan Gold; named by Anthony Bourdain in his “Best Boozy Eats” guide; and whose chef was a James Beard semi-finalist this year. It HAD to be good.

There were a few things on the menu I’d never had before (or seen on a Thai menu): fried pig tails and pork toro (collar). The smell of the fried pig tails doused in a sweet lime and chili sauce had me craving another order before we’d even finished the first. The toro are deliciously fatty sticks of pork that you dip in a sticky, fish-saucy, brown-sugary chili sauce.

There were some straight-up classics on the menu: larb, satay, phad Thai. We didn’t have any of those. But it seemed like we ordered everything else. (The “startled pig,” the “shrimp-paste-seasoned rice,” the “border beef.”) Everything we ordered was phenomenal. Two items I wouldn’t order again were the catfish tamale, which was too mushy for my taste, and the Beef Grapow, because its subtle seasoning was lost in the shrieking hot palate of flavors packed into every other dish.

Home again
I probably won’t be going back to Thailand anytime soon. It may even be a while before I make it back to Night + Market. Who knows – you may be in the same predicament. So I will offer up two easy dishes I made for lunch today that made me feel that sometimes it’s okay to stay home.

THAI MELON SALAD
(pictured above)
– One melon, balled
– Handful of mint leaves, chopped
– One green onion, sliced thin
– One carrot, on the mandolin (or sliced really thin)
– One Thai bird chili (if you are sensitive to heat, replace with a Serrano and maybe de-seed it)
– 1/4+ c. sugar (add gradually, to taste, depending on the sweetness of your melon and how much chili you use)
– 1 T. fish sauce

Toss the ingredients together and top with toasted coconut. Again, balance for heat. If you added a Thai bird chili like I did, you will want a lot of coconut.

JUMBLE-A-YA! RICE
I was inspired by the rice dish at Night + Market to use barely ripe mango and ginger matchsticks in my “poke” dish last weekend. Today I heaped on a bunch of other good stuff. It was very, very good.
– Chopped mango
– Diced ginger
– Diced carrots
– Diced green onion
– Candied jalapeno
– Sauce made of soy, fish sauce, cilantro, roasted jalapenos and rice vinegar
– Mayonnaise (I had this recently at this Korean-Hawaiian- Japanese place and I can’t NOT have it on my rice now)
– Crispy fried ramen noodles
– Cilantro
– Fried egg
– Jasmine rice